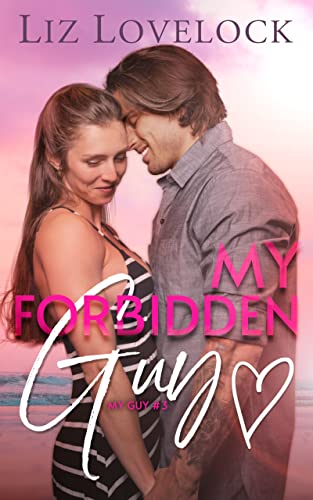 There’s something about the word ‘forbidden’ that makes everything even more tempting—like my brother’s best friend.

To Dane, I’m off limits. He’s been told. He’s been warned. And he had to swear he’d never touch his best friend’s little sister.

But here’s the thing…I really, really want him to.

The second we realize our attraction is mutual, we succumb to temptation and it becomes our best kept secret. We both agree that there’s no reason to tell anyone since it’s nothing but a fun fling.

Somewhere between the sneaky glances, stealthy touches, and clandestine rendezvous, lines start to blur. Fun turns in to something significant, genuine, meaningful…

Something that could end up hurting us both.

My Forbidden Guy is the third book in the My Guy series of New Adult sweet college romances.